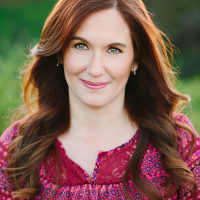 Victoria’s love of writing and books began at 12 when she picked up her first Sweet Valley High and grew from there as she devoured everything from Christopher Pike to SE Hinton to Mary Higgins Clark and more. Her favorite childhood gift remains the 1930s typewriter her parents found at a garage sale. It was on that typewriter she first began writing her own stories. Victoria has a BA in English, a graduate diploma in Journalism and has taken both creative and screenwriting courses at UCLA Extension. She’s worked as a professional cheerleader, reporter, editor, stand-up comic, actor and in marketing and advertising before becoming a full-time author. She was born in Quebec, Canada where hockey is a religion and has been a fan of the sport since childhood. She’s written editorial and humor pieces on the National Hockey League and has had her articles picked up by Yahoo Sports and the Vancouver Canucks. Victoria has lived in many major cities across North America, spent her childhood summers in Maine and adult summers in Spain. After six, sunny, fun-filled years in Los Angeles she now lives in a beautiful town in South-West France with her husband and their two chubby Chihuahuas, Gus and Belle.