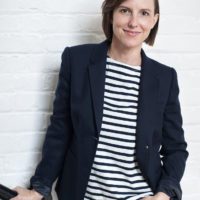 Parker Swift grew up in Providence, Rhode Island and then grew up again in New York, London, and Minneapolis and currently lives in Connecticut. Her debut novel with Forever Yours, Royal Affair, was released in February 2017, with the next two books in the Royal Scandal series releasing in April and June 2017. When she’s not writing, she spends her time with her bearded nautical husband and being told not to sing along to pop music in the car by her two sons.